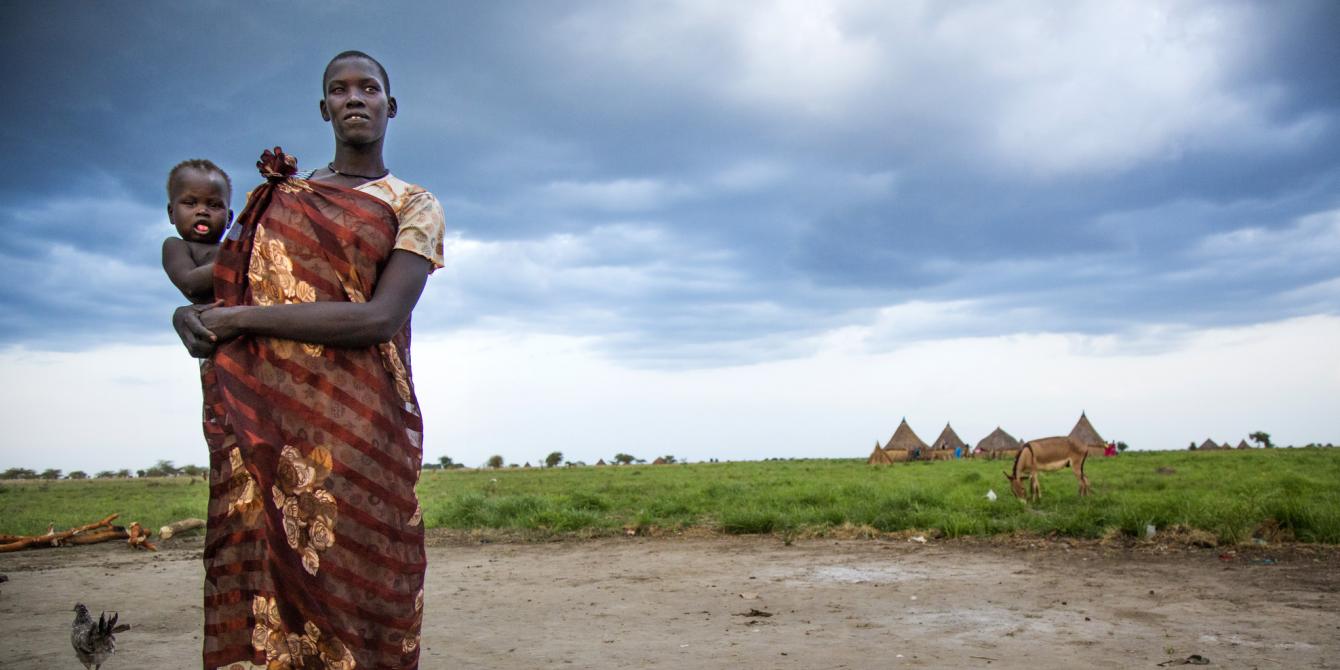 Following decades of fighting, South Sudan gained independence in 2011, but hopes of a peaceful future were dashed when fighting broke out in Juba in December 2013. For the past five years, the conflict has spread across the country leading to immense loss of life and property.

Recent findings estimate that almost 390,000 people have been killed in the war and over 4 million people displaced from their homes, half of whom live across the borders in Uganda, Ethiopia, and Sudan. The South Sudan displacement crisis is now the largest in Africa and the third largest globally after Syria and Afghanistan.

An estimated 6.1 million people or 59 percent of the total population are acutely food insecure and have to rely on humanitarian assistance for their survival.

At least 7 million people were in need of humanitarian assistance nearly three-quarters of the population left in the country.

Disease outbreaks are said to be lasting longer than ever and reaching previously unaffected areas, as only 22% of health facilities are fully operational.

Against this backdrop, the political elite has the difficult task of restoring peace, stability, and development in this country and ensuring that the commitments they agreed to deliver long-lasting peace.

Our work in South Sudan

Oxfam has a strong and established team in South Sudan which is working tirelessly from 10 bases across the country, providing essential services and helping to keep people alive.

We are responding to people’s immediate needs with interventions including emergency food distributions, fixing and constructing water sources and maintaining clean environments.

Oxfam is striving to help people get back on their feet. We are making sure children don’t miss out on education, supporting people to establish and rebuild trades and livelihoods, and helping communities to set up and run local infrastructure, including water treatment facilities.

Sexual violence is under-reported in South Sudan, but in reality, is rife and often used as a weapon of war. Oxfam is helping women to access medical support and legal advice and providing safe spaces where they can come together to hold authorities to account and push for their rights to be respected.

We provide women, who usually take responsibility for running households but receive little decision-making power, with opportunities to gain economic independence through agriculture and trade.

We work with civil society and local and state authorities to empower communities to engage with traditional, local and national power-holders and promote accountability in the institutions and systems that affect their lives.

We are pushing for poor and marginalized communities to have influence over the decisions that affect them, more control over their natural resources and a bigger say in ending local and national conflicts.

Learn more about what Oxfam does in South Sudan.