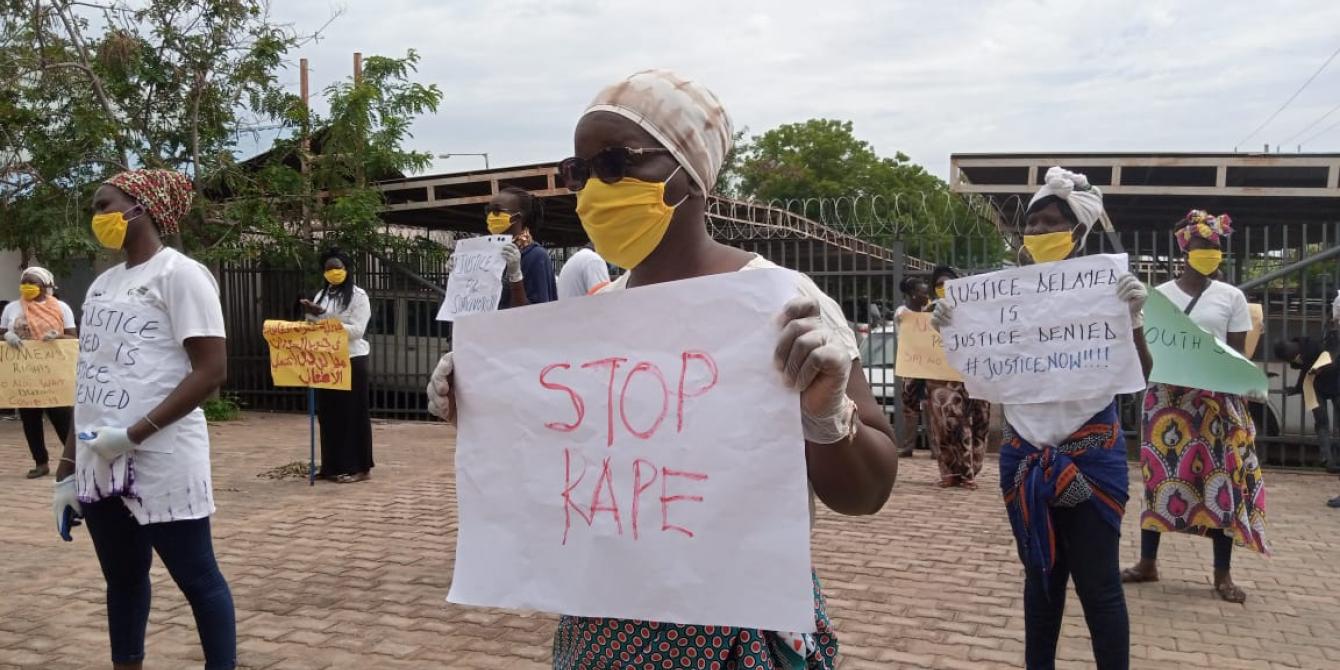 Following the gang-rape of an 8-year-old girl in Juba, South Sudan, young women activists took to the streets to protest and to demand justice. They marched (while physically distancing, wearing facial masks and hand gloves) and carried placards and posters with messages and strong quotes against rape. Some said: “Covid Walk against Rape”, “End rape culture in South Sudan,” “Nurture Peace, Say no to Rape,” and “Justice for Her.” When they reached the Ministry of Gender, Child and Social Welfare, Riya Williams, the Executive Director of Crown the Woman and member of Born to Lead campaign presented a petition and said:

“We demand justice for the 8-year-old girl that was raped and for the many other women and girls who have not yet received justice. We call for a special tribunal to bring justice to victims of rape and other forms of sexual violence. The President committed to this and we are demanding that implementation starts without delay— as justice delayed is justice denied.”

The case of the 8-year-old girl, shocking as it is, is just one example of the violence so many South Sudanese women and girls encounter in their daily lives. Indeed, rates of sexual and gender-based violence (SGBV) are extremely high in South Sudan. Many cases are linked to conflict. Recently, civil society organizations in Yei reported that 19 women and girls had been gang-raped in the context of continued conflict. The ceasefire monitoring mechanism also recently accused government forces of committing violent rapes in Rubeke, Central Equatoria. As in many countries, in South Sudan measures to contain COVID-19, such as lockdowns and movement restrictions, are triggering an increase in incidents of gender-based violence.

A woman demonstrating in South Sudan. Photo by Ponl Victoria 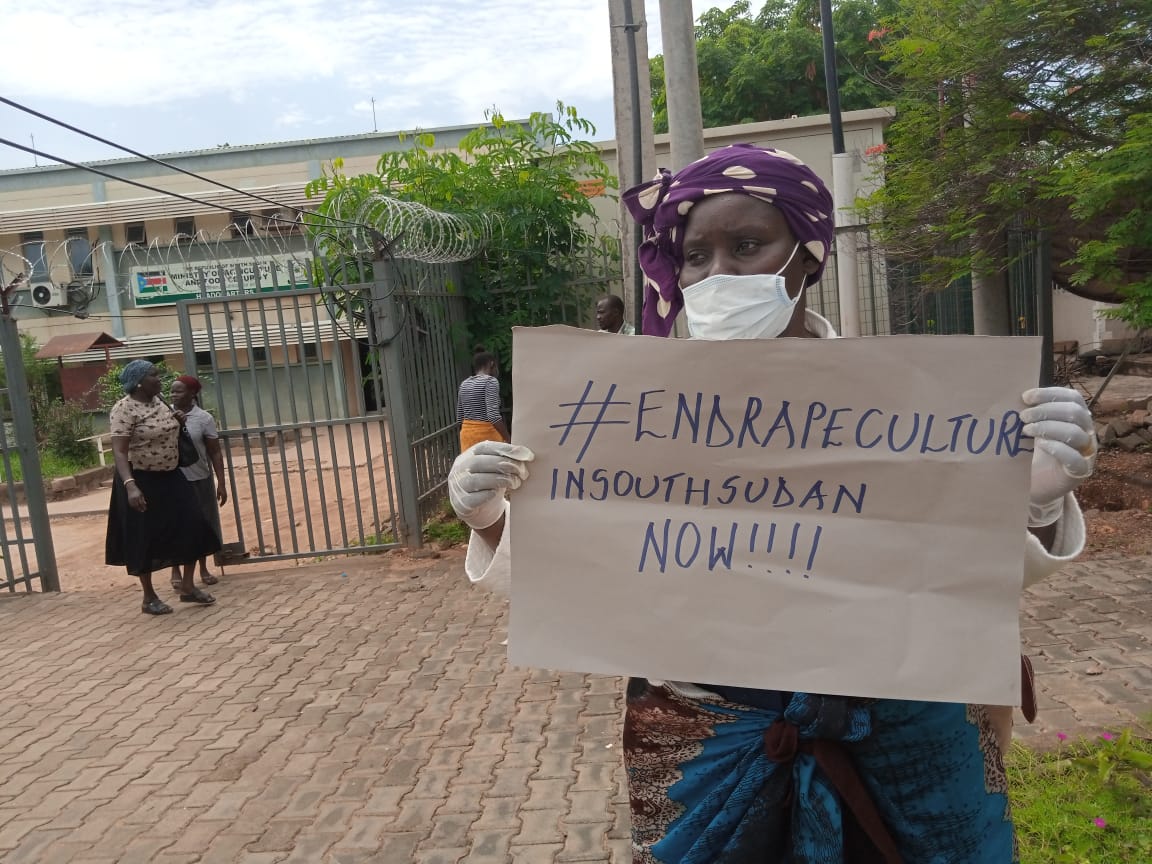 A woman demonstrating in South Sudan. Photo by Ponl Victoria

Oxfam in South Sudan is working to empower women, to promote dialogue about gender issues, and to ensure that through our interventions, we contribute to transforming practices such as early and forced marriage and sexual violence that violate women’s rights. We are also working to provide support to women’s organizations and platforms that will ensure their voices are heard.

One of these platforms is Peace of Her Mind, an Oxfam-supported radio program on Eye Radio by women, about women and for women, with discussions on issues that affects the growth of mothers and girls, and the role women play in building a just, and prosperous society. It provides women the space to speak about gender issues and engage with women who can call in from across the country.

It is critical for South Sudanese women to continue raising their voices, speaking out, and fighting for a future where women are free from sexual violence.