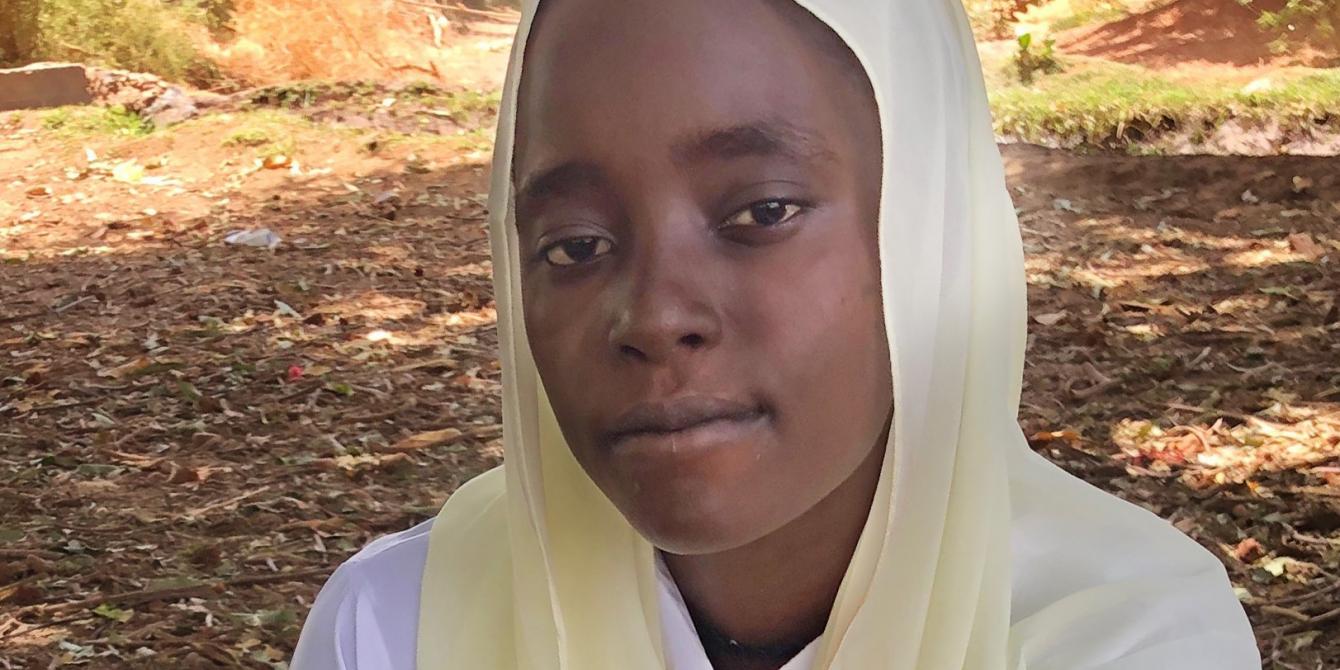 Two years ago, 16-year-old Fatima and her family were forced to flee their home in Kass village in Sudan’s Darfur region, due to deadly fighting. Before the war broke out, Fatima had heard endless stories of the death and destruction that came with fighting. She never thought for a single moment that her home village would soon fall victim. Seemingly overnight, life turned into longstanding harsh tragedy.

“I thought I lived in the safest village on earth. I was in my final year of primary school and dreamt to become a doctor someday,’’ said Fatima. ‘But suddenly the war began. Blood was everywhere but my dreams were gone.’’

Fatima and her family were among thousands of people who were forced to flee their homes once the war broke out and seek safety in settlements for internally displaced people like the Kalma IDP camp.

Two years later, the fighting had ended, and it was time to return home. Not long after, her father, the sole breadwinner for the family, died. As her mother did not have enough to provide for her three younger siblings and herself, she (Fatima) was forced to look for an alternative.

“I was only fourteen years when I got married but I knew that would bring me some stability and even support my family,’ she said.

In 2018, Oxfam America trained select community members in Fatima’s village on ways by which they could earn an income. Through this, they would be able to provide for themselves and rely less on humanitarian aid.

“After the training, I started planning on a business I could engage in and because I didn’t have a lot of capital, decided to try selling vegetables. I used the little money I had to buy a handful of onions and tomatoes and resell at a profit. In the beginning, the returns were little but after a short while, I started seeing my income increasing,’’ she narrated.

This success snowballed into another and soon enough, she set up another business, selling bed linen and curtains. She had finally achieved the stable income she had been waiting for and was better able to provide for her mother and siblings. Most importantly, she is preparing to go back to school and ultimately realize her childhood dream of being a doctor.

“Having seen the great change this training made in my life, I dedicated myself to training other people in my village. I now help people start their saving groups and give them advice on how to start a business. I’m seeing lives being changed!’’ Fatima said.

Since 2003, Oxfam has been working in the conflict-affected Darfur region to respond to urgent needs, while also contributing to longer-term solutions. Through a range of livelihood programs, we work with vulnerable families like Fatima’s, equipping them with the skills, knowledge, and tools that they need to be able to earn or diversify their income and better rely on themselves.

In this work, we use a gender-focused learning methodology called the Gender Accountability and Learning System (GALS). Through this, we support communities and individuals like Fatima to improve their action planning when thinking about their livelihood activities. It helps them to clarify their goals and vision; analyze their current situation and achievements; identify opportunities and ways of addressing challenges, and ultimately develop an achievable time-bound action plan. This is the same knowledge that helped Fatima to ultimately, be able to start and grow her own businesses.