Once a refugee, now a peace-builder at home 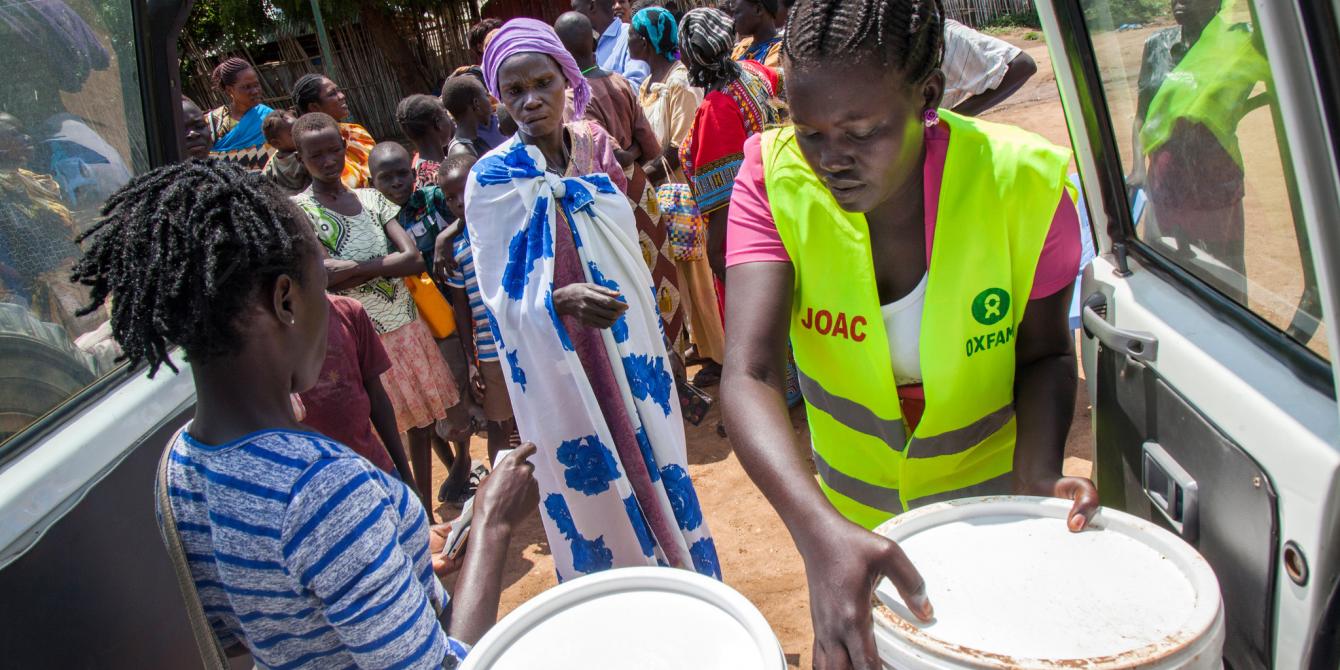 I became a refugee at the age of seven. I remember crouching in the dark and hearing the sound of gunfire and bombs. All of a sudden, everything had changed: I had no choice but to flee my home in Lainya, South Sudan and walk barefoot for seven days. I winced as I saw traces of blood from the soles of my feet sink into the ground, but I walked on. I saw my pregnant mother brave all odds to take me and my sisters on that agonizing journey to a refugee settlement in Adaga, Uganda.

Stories like mine have been told too many times for far too long – by millions of people like me when South Sudan was fighting for freedom, and by millions more since the civil war broke out in 2013.

Most of us thought the independence we gained in 2011 meant the running would stop; that we would stop tearing ourselves apart and that we would work together to build our nation. But the running didn’t stop. Neither did the killings. It has been five years since conflict erupted in South Sudan. Hundreds of thousands of people have been killed, and four million have fled their homes – including over two million as refugees in the region. Another generation of women, like my mother, has had to raise their children without a father present, because they died or were separated due to the conflict. Another young generation have grown up fearing rape, recruitment and the murder of loved ones.

We South Sudanese are scarred. It will take time to rebuild trust, to rebuild homes and livelihoods, to reconcile communities, and to heal. As well as time, it will be essential to give people the chance to have some control over their lives and their country.

I speak as someone who came back to support my country; to dedicate my life to humanitarian, life-saving work in the place that I have always called home. It has been 18 years since I left the refugee camp, seeking education in Uganda – something that my war-torn country couldn’t give me. Many of those years have been extremely difficult but I have maintained that drive to shape my country for the better.

Now I want to help build our nation, not just keep it alive. And there are thousands of others who are ready to join the cause. My brothers and sisters in the South Sudan Civil Society Forum have already represented the voices of millions of South Sudanese citizens in the peace negotiations, raising the concerns of the people who were not party to the conflict, but who suffered the most in its wake. And in my work, I have seen people’s determination to transform their communities in ways that our leaders must learn from and support.

These people are all living proof that the people of South Sudan are powerful agents for change, and should be seen as more than just victims or passive observers of the peace efforts. After so many years of being at the mercy of the gun, we the people also need to own this peace to feel safe and to trust it.

Our leaders should listen to our voices, hear how we have suffered from war, and ensure that we are involved in and informed of efforts to rebuild our country. Decisions should be made transparently, this means giving people – including civil society and media – their right to report and express themselves freely and encourage them to substantially and practically engage on peace and implementation processes.  We need the space to speak our grievances, our truth, our vision for the future – whether in our communities or at the peace table.

Whether as refugees or embattled communities in South Sudan, the years of conflict have forced us to develop skills as peacemakers. Our experience will be critical to any prospect of sustained peace in South Sudan. We should be encouraged and supported to be meaningfully involved in political processes.

Our leaders should recognize that peace is stronger and more sustainable when women are involved and honor the 35 percent quota for women’s participation in governance mechanisms. We make-up over half of the population, and have an equal right to meaningfully participate in and influence decisions that affect us.

I have seen the devastating impact conflict has had on my brothers and sisters. I was powerless as a seven-year-old refugee, but I am now one woman in a country of people who have been battered but are ready for change. I have my own experiences, hopes, and vision for what the future of my country should be. Now I – and thousands of others like me – want a say. We want to make sure we have a peace that will last so that no other young girl or boy will go through what we went through. 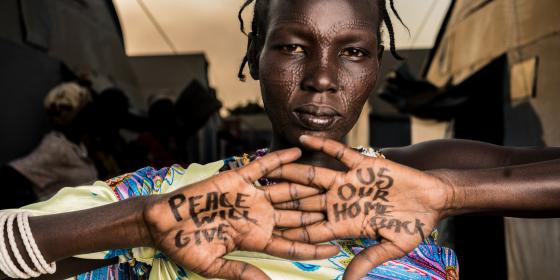 Mary, from Marlei, fled Malakal to Mangaten camp in Juba when war broke out. She now takes care of 7 children in the camp, without the support of her husband who stayed behind. She complains that life in the site is difficult, and there is a general lack of food supplies. She wants to return home...