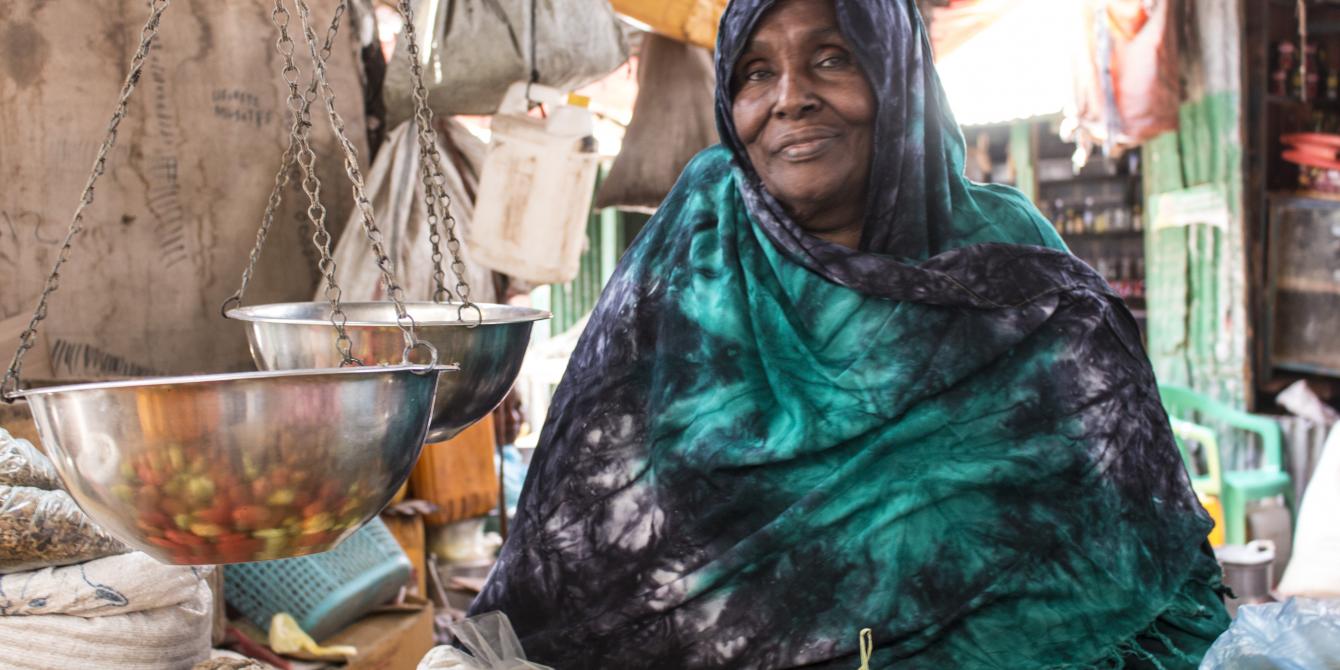 ''It was only my daughter and me who are going day to day to the court. If you are not with male family members, it is very hard to go through the process.''

"It was the first time I submitted a case to the court. I didn't know where to start and what to do. It was very frustrating," said Fadumo a mother of four living in Hargeisa, who recently had to seek legal redress in one of Somaliland’s courts. "I wasn't able to hire a lawyer because I didn't have money to hire one. It is expensive, and I am responsible for a large family. I take care of them with the few shillings that I earn in my small shop,” she explained.

The Somaliland justice system merges different structures, where the formal court systems operate throughout the country, while customary and sharia law runs parallel with the formal system. While being well embedded in the local context, the system limits access to justice because people often lack information on alternative platforms to seek redress. Women are also particularly disadvantaged as there are fewer female lawyers than their male counterparts, and as a result, shy away from the corridors of justice.

"It was only my daughter and me who are going day to day to the court. I felt that we didn't get attention from the different offices that we visited. All the processes are male-dominated, and everywhere you go there is a male working there. If you are not with male family members, it is very hard to go through the process."

To address this, Oxfam partnered with Legal Aid Clinic, a national legal services organization based at the University of Hargeisa to implement Danyare Kalkaal, a two-year program funded by a European Union grant of €519,115 which helps communities in Somaliland be able to access legal services fairly and in a cost-effective manner.

‘’One of my relatives told me about the (Legal Aid) clinic and directed me to their office, which is very close to the court. When I first met them in their office, they asked me for further information related to my case, and I gave them all the details. Then they told me they will arrange a female lawyer for free.

Financial burdens can also reduce access to justice, particularly for underprivileged people, who may not be able to afford the associated costs with the legal system. As both the customary and formal court system is male-dominated, it is often intimidating for women, creating yet another barrier to access justice.

‘The Clinic arranged a female lawyer for me, for free, which was a huge relief. She always gives our case priority and never misses an appointment. I am very happy with the way she is helping us," said Fadumo.

Legal services offered through the program include legal counseling and representation and are free of charge to accommodate those who are not financially able to process their cases in court. Legal Aid Clinic also conducts awareness raising activities within prisons and in police stations.

Somali Women for Peace and Justice

By AbdiAziz Adani "It’s exclusionary. When only men are making decisions that affect women, and no women are involved, women can feel injustice. Women are often not even informed of the decision-making,'' says Khadija, a women's rights activist in eastern Somaliland. "There are many problems in...