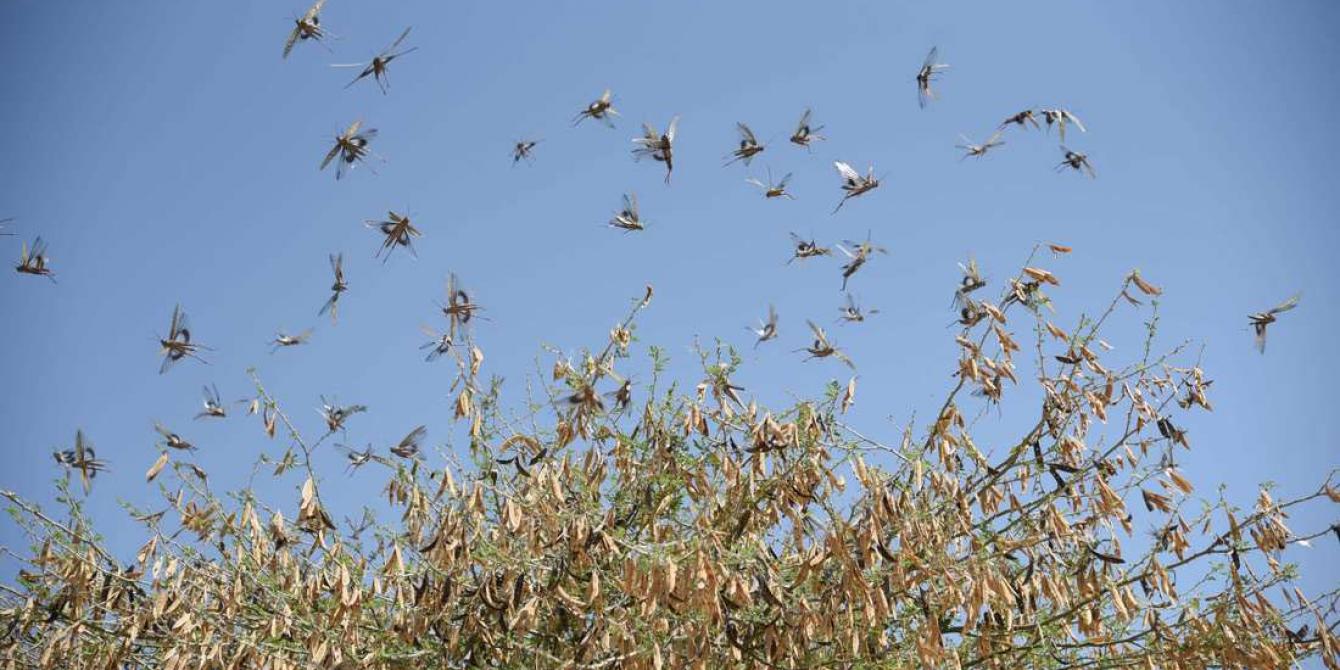 Swarms of locusts that are sweeping across Ethiopia, Kenya and Somalia could grow 500 times bigger by June and invade Uganda and South Sudan unless they are immediately brought under control, says Oxfam.

The plagues have hit the region at a time when it is already facing very high levels of food insecurity after countries there had been hit by huge droughts and in some areas flash floods.

“Currently, 25.5 million people in Burundi, Ethiopia, Kenya, Somalia, South Sudan, Sudan and Uganda are already suffering from hunger and severe malnutrition. These infestations of hundreds of millions of locusts need to be quickly contained before the next main cropping season of March to July,” said Lydia Zigomo, the Regional Director of Oxfam in Horn, East and Central Africa (HECA).

A large desert locust plague can contain up to 150 million individuals per square kilometre, with half a million locusts weighing approximately one tonne. One tonne of locusts eats as much food in one day as about 10 elephants, 25 camels or 2,500 people. The insects can destroy at least 200 tonnes of vegetation per day.

“Ethiopia has been in continuous drought since 2015 and then recently hit with floods that have all but destroyed the harvest. This locust infestation has now destroyed hundreds of square kilometres of vegetation in the Amhara and Tigray regions since November 2019. The cyclone in early December 2019 made the presence of locusts stronger. Local authorities are addressing situation, but they need more help,” Zigomo said.

The locust swarms have increased significantly over the past month in across 13 Kenyan counties including Isiolo, Samburu, Wajir, Garissa, Tana River, Marsabit, Laikipia, Mandera, Kitui, Baringo, Meru, Embu and Turkana. These same counties have experienced devastating droughts and floods in recent years and over 3 million people there have been facing extreme levels of food insecurity. The swarms are destroying pasture for livestock and which will likely devastate the upcoming planting season.

In Somalia, tens of thousands of hectares of land have been affected in Somaliland, Puntland and Galmudug (Mudug), as mature swarms hit the Garbahare area near the Kenyan border. Locusts are also reported to be traveling south to Somalia’s Gedo region leaving a trail of destroyed farms. Operations are underway in the northeast (Puntland) to control the swarms that continue to move towards the central and southern areas. Insecurity in some of these parts is hampering efforts to survey and control the infestations.

Oxfam is part of a network of local partner organisations that is monitoring how much further damage the locusts will cause to local food crops. “We are making plans that include providing cash assistance to people most-in-need, particularly small-holder farmers and pastoralists, so they are able to buy food and fodder for their livestock,” said Zigomo.

The UN Food and Agricultural Organisation (FAO) estimates that Ethiopia, Kenya and Somalia need $70m between them to tackle the plague. Oxfam is calling on donors to fund this response immediately, in order to avoid more people falling hungry and using up whatever assets they have to buy food.