The intersection of inequality and climate change 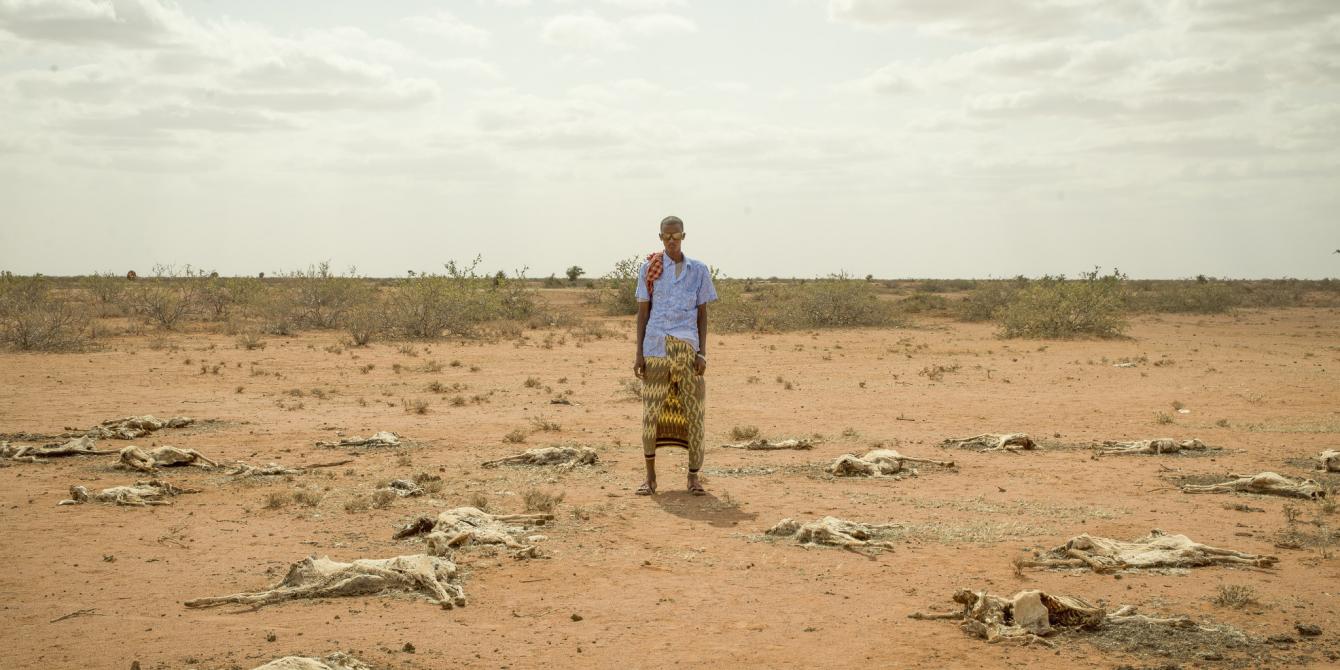 Both inequality and climate change are hot topics, gaining traction as the bleak effects set in, but the intersection of the two demands far more attention and action. If we want to get serious on climate change, we must tackle inequality, and vice versa. Nowhere was this starker for me than on a recent family visit to California, directly before starting a new job with Oxfam in Somalia/Somaliland. Climate change is impacting all of us, yet our realities are worlds apart.

Once in a lifetime wildfires

Working in the humanitarian sector and regularly witnessing the bitter truth of forced displacement, I couldn’t help but notice the difference when my brother and sister-in-law’s family and I were ‘forcibly’ displaced during California’s recent wildfires – the most devastating on record. There was some chaos, but it was largely an orderly affair (although some locations were certainly chaotic). We packed some basics and irreplaceable items, rounded up their children, and set off to a relative’s house. On arrival, air conditioning was cranked, cold drinks distributed and calm largely restored. A stronger sense of community solidarity and care for strangers also emerged, often one of the few silver linings to a crisis.

Nonetheless, those staying in public shelters faced greater challenges, while people losing their homes without insurance faced even deeper consequences. For the insured, bring on the new for old. Inequality is heightened in times of crisis, exposing huge divides in people’s capacity to adapt. California’s wildfires have exposed and deepened inequalities, not just for individuals, but also urban-rural divides; where wealthier, urban communities find themselves far better protected from wildfire devastation than rural communities. I left my ‘internally displaced’ family members behind to start my new job in Somalia, content in knowing that they’d be fine.

The drought that never ends

The Somali landscape is primarily arid and unforgiving. Vultures fly ominously over our office daily. Before long, I was out to visit Oxfam’s work responding to the 2016 drought crisis that continues today. Famine was averted, but the situation remains dire: 2.8 million people displaced and 4.6 million still requiring humanitarian assistance. Halimo, a woman I met, summed up the experience of many:

“We lost all of our livestock due to the drought – goats, sheep, camels and donkeys. Some were for transport and others for income, such as milk and meat. It was a tragedy… We have no plan to return because there is nothing to go back to. There has been lots of rain, but who wants to eat grass?”

Comparing my experiences in California and Somalia exposes not just the immense inequality of climate change impacts, but also the snowballing inequality in adaptation. For the world’s most at-risk, climate change related crises are often a double whammy of losing both your (uninsured) assets and your livelihood. Violent conflict over competition for resources is a reality for many, while women are more negatively impacted than men. The impact is exacerbated by the resource constraints of governments in countries like Somalia, where the majority of the most vulnerable people live.

Violent conflict over competition for resources is a reality for many, while women are more negatively impacted than men.

In contrast, my home country of Australia built an (emissions intensive!) desalination unit during the last extended drought and the current federal government just launched a AU$5 billion drought fund to help people like Halimo that are fortunate enough to live in Australia.

Delving deeper, the climate change and inequality intersection is even more striking. A temperature rise for the wealthy is offset by air-conditioning and holidays, perversely, contributing further to warming the climate. One’s personal motivation to address climate change can cool along with the air billowing out of the AC. Sufficient insurance that is more readily available to the wealthy eliminates the fear of losing everything.

Meanwhile, Halimo and billions more face the harshest realities of a changing climate with the least resources – a disparity that’s likely to grow as the impacts of climate change increase. Somalia may have escaped famine this time, but despite incredible resilience, Halimo and many others are at their wit’s end. Most people don’t have the cash to buy new livestock, and even if they did, pastoralism is increasingly unviable. As Halimo puts it, ‘who wants to eat grass?’