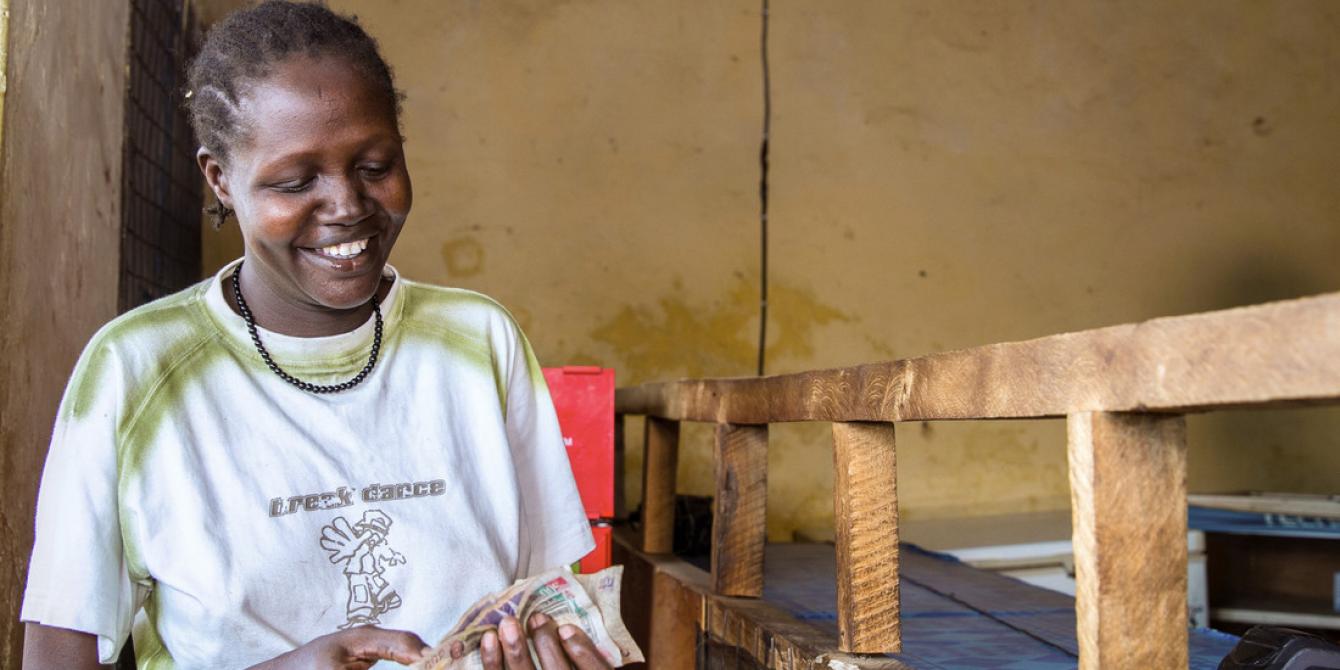 15th April 2020 was to be a special day for most African countries. On this day, the World Bank’s Development Committee and the G20 Finance Ministers endorsed the Debt Service Suspension Initiative granting debt-service suspension in response to the pandemic. The day should have heralded a lifeline for 37 African countries that were to benefit from the Debt Service Suspension Initiative (DSSI). An initiative that would see debt payments coming from these countries suspended and the money reallocated to respond to the pandemic. Unfortunately, the recent G20 meeting made no steps towards expanding coverage of its DSSI, agreed in April, to all countries in need. It passed up the chance to scale up debt relief and to provide the broad and necessary cushion for African countries.

By expanding the coverage of its DSSI, the G20 would have injected about USD 5.275 billion back into African economies, crucial to fight COVID-19 and its repercussions. These resources could have gone a long way to provide Personal Protection Equipment (PPE) for frontline workers, cash transfers to vulnerable groups and economic stimulus packages. It would have helped most countries in the Horn, East and Central Africa (HECA) region to build back better from the economic aftershocks of COVID-19.

Over 40% of revenues in some of the East African countries goes to developed countries in the form of debt servicing payments instead of being spent on investing in the agricultural sector or on vital inputs that would save millions from hunger and bolster existing safety nets and essential services. The debt suspension from the Paris Club (G20) creditors only accounts for about 5% of Africa’s external debt and targets only the least developed countries. This is in contrast to China and the Private Sector Debt that cumulatively accounts for about 48% of all external debt. Private debt which accounts for the highest portion is the most expensive and has the shortest repayment period.

Although the G20 move was welcome as a short-term reprieve, the debt service suspension was only until the end of 2020 which meant that debt distress was only being postponed and the problem compounded. While several African countries were entering into high debt distress before COVID-19, the pandemic has thrown a spanner in the works and made a bad situation even direr.

The exclusion of private lenders and the uncertainty of Chinese debt has led countries such as Kenya and Rwanda to opt out of the DSSI. Kenya claims that the conditionalities of the DSSI that prohibit access to further non-concessional loans for the duration of the DSSI restrict its ability to meet its immediate needs as a result of the shrinking revenue streams occasioned by COVID-19. Although, the Gross Domestic Product (GDP) projections for the HECA region had contracted compared to previous periods, COVID-19 has further affected the balance of payments and restricted movement of goods and services. This means that more countries will have to rely on loans and grants to meet their budgetary deficits. The poor performance of domestic bonds means that countries must further negotiate in the international market to respond to health and economic aftershocks from the pandemic. The DSSI rolled out by the G20 has done little to coordinate a concerted effort which has meant that countries opting into the DSSI are receiving unfavourable credit ratings.

Countries within HECA still need to bolster their public revenue management systems in a bid to mitigate the effects of COVID-19 and deliver value for every shilling. Conditions from the G20 should not hamper countries ability to seek further credit or undermine their credit ratings. This means that the DSSI should be extended beyond 2020 as it is unlikely that countries will experience ‘V-scale recovery’ (the best outcome: when growth plunge is followed by sharp recovery). The monies going into developed countries from developing countries speak not only to the inequality of power within the global financial system but also to the structural imbalances that keep poor countries poorer. Countries that move from low to middle income status are pushed into a system that offers more expensive, short-term, and less conditioned loans. The effect on countries is loan availability both positive and negative depending on the use and terms of the loan. These are often necessary because of development needs accentuated by inequality and domestic revenue mobilisation gaps encumbered by developing public finance systems and structures.

In the face of a pandemic, a debt suspension only provides poor and middle income countries an opportunity to shift payments from the right to the left hand in the sense that some countries may use the monies not remitted for DSSI to service debt payments, mostly commercial loans. There is the possibility of more countries rejecting the DSSI provisions to pursue other credit options that do not limit their ability to raise funds to meet an increasing budgetary deficit and abysmal economic performance. The option of investing in citizens and saving lives is limited under the current circumstance. The G20 and wider international community will have to take broader and far-reaching concessions that remove unnecessary conditionalities, extend the debt suspension period and address current structural dysfunction rather than postponing the problem of debt servicing.

A reform of the global financial architecture requires responsibility for both countries that borrow, and, countries and institutions that lend these resources. This is not to hint at conditionalities but rather to entrench a concerted effort by a financial architecture that demands transparency and accountability of resources including the terms of the debt and its subsequent utilisation. The reason why African countries are opting more and more to maintain the credit ratings is that commercial debt comes with less conditions and therefore maintains the sovereign discretion on access and utilisation compared to multilateral lenders who are often cheaper but riddled with conditions. The balance between responsible borrowing and lending is often a question of sovereign dignity. COVID-19 continues to expose the gaps within public finance management and global financial flows. It also affects the ability for countries to mobilise resources for healthcare investment, stimulus packages for economic recovery, food security and social safety nets.

The G20 has the power to influence global financial systems to increase revenues for developing countries. Their actions will spell out the degree to which developing countries will be able to cope with the effects of the pandemic. On the other hand, governments need to be open and transparent on their expenditure. Ensuring that resources that are made available are allocated and spent on critical sectors that safeguard lives. This means that government officials must be held accountable for decisions made to ensure that there is no misappropriation of funds with any misappropriation met with the full force of the law. This should be entrenched within public oversight mechanisms that include independent institutions and consultative approaches that include civil society organisations.

In this regard, it is prudent for African countries and particularly ministries of finance to push for a broader consensus among G20 countries, China, and commercial financial institutions to ensure that the DSSI is broader. This should not reduce access to credit and free up additional resources to allow African countries to address COVID-19 and post-recovery efforts. Besides, the DSSI should extend its coverage period in a bid to allow economies to recover. This should be accompanied by loan restructuring discussions that are cognisant of the economic realities of countries during recovery periods.

Later in the year, when the G20 receives the progress report from the IMF and World Bank, it will be able to evaluate the DSSI impact on developing countries. Hopefully, it will not be too late. Various countries income support programmes are proving to be crucial in safeguarding vulnerable populations from devastating impacts of COVID-19. But only when these decisions are taken expeditiously.

Overall, the G20 efforts should be considered within the context of saving lives rather than solely as financial instruments of reprieve.

The views expressed in this post are those of the author and in no way reflect those of Oxfam.