Traditionally, Ethiopian pottery is made by women – a home-based craft producing utility items that are sold and used locally. The craft isn’t much valued and potter communities are deemed of low rank and often live in extreme poverty. A young father is changing all that in one small community on the outskirts of Shashemene, southern Ethiopia.

That father is 24-year-old Milkesso Midhaso. He grew vegetables in his backyard garden, while his wife produced a range of clay products – the main income for his family– and they were struggling to make ends meet.

Everything changed when Milkesso attended community conversations run by the EYW program. The conversations focused on issues such as gender, unpaid care work, and climate change, and Milkesso recognized, for the first time, how much of the family burden – household chores, childcare, and income generation – fell on his wife.

So Milkesso started to help his wife with the household chores and pottery production – a huge shift in social convention. He now shares the arduous work of digging the clay, carrying clay and firewood, and forming and firing the vessels. But the pottery still wasn’t bringing in enough income: “In my neighborhood, the price for the items we produce is very low,” he says. “There are fellow artisans that are not in a position to send their children to school.” Milkesso himself had to drop out of school in Grade 6.

Milkesso attended the EYW program’s entrepreneurship training which gave him the information and skills he needed to transform the family’s lives. He took over the responsibility of selling his wife’s products and decided to transport them to markets farther away to get a better price. The policy worked; the family has increased the quantity and diversity of their pottery that is essential for traditional Ethiopian cuisine and coffee ceremonies.

“I usually transport our products to towns where the demand is high and there is no production. We also buy better-quality griddles to resell in the neighborhood,” says Milkesso proudly.

Milkesso now makes market trips two or three times a week, hiring a truck each time and employing two assistants to travel with him. The couple earns 2,000 Birr per week from pottery sales, shared with the group of potters who work with them. With the added income, the family has built a permanent home and a shack to store clay products. Milkesso also dreams of improving Ethiopian pottery by using more advanced technology. But Milkesso’s vision of a more prosperous future does not end with his family, he wants to work with fellow potters and, to that end, tried to form a cooperative. 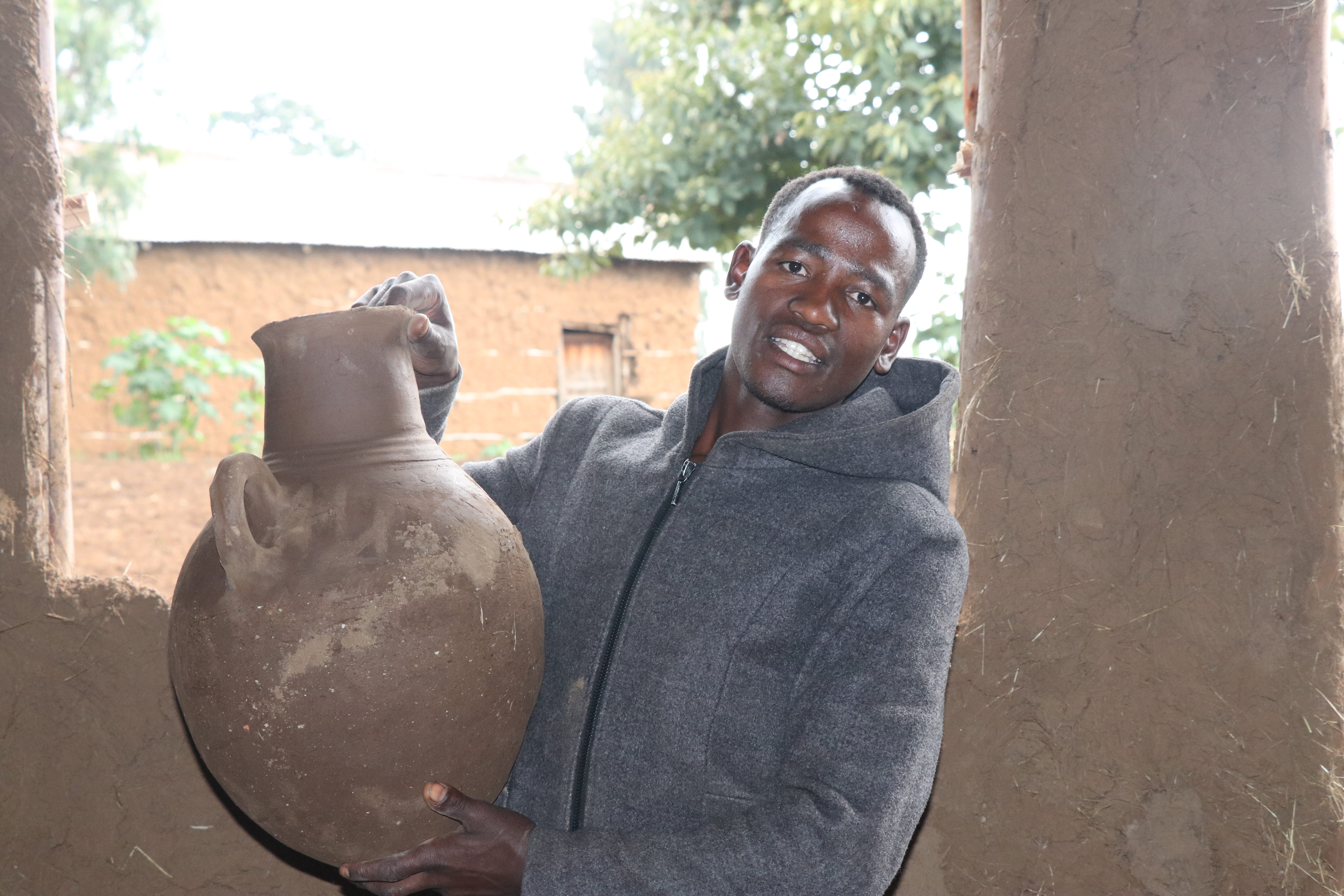 The way forward – together

Sadly, the cooperative idea didn’t work – this time. It attracted so much interest from fellow potters that it was unmanageable on top of his own family business, and they could not secure the finance they needed because bank loans for cooperatives are only available for unemployed youth – the potters were of all ages. Nevertheless, Milkesso has not abandoned his vision of changing the lives of potters. He continues to inspire others through his success and, as a result, local youths have asked him to help them form their own cooperatives. He hopes to buy a warehouse and a truck together with organized youth groups, which would benefit them all.

“These days, there are people who seem to be jealous due to the better income we earn from the pottery business,” giggles Milkesso. “Seeing my success, many people are now convinced it’s OK to assist women in domestic work and even pottery.”

Milkesso‘s story is part of the multiyear campaign, kicked off on International Youth Day 2019 by the Empower Youth for Work program and the Work in Progress! alliance. The campaign aims to support the national influencing work of the respective programs by joining forces with local role models. The ripples of #Iwasthere are spreading out around the world and these stories are proof that change can happen anywhere – we hope they will inspire you, too, to become an active citizen.