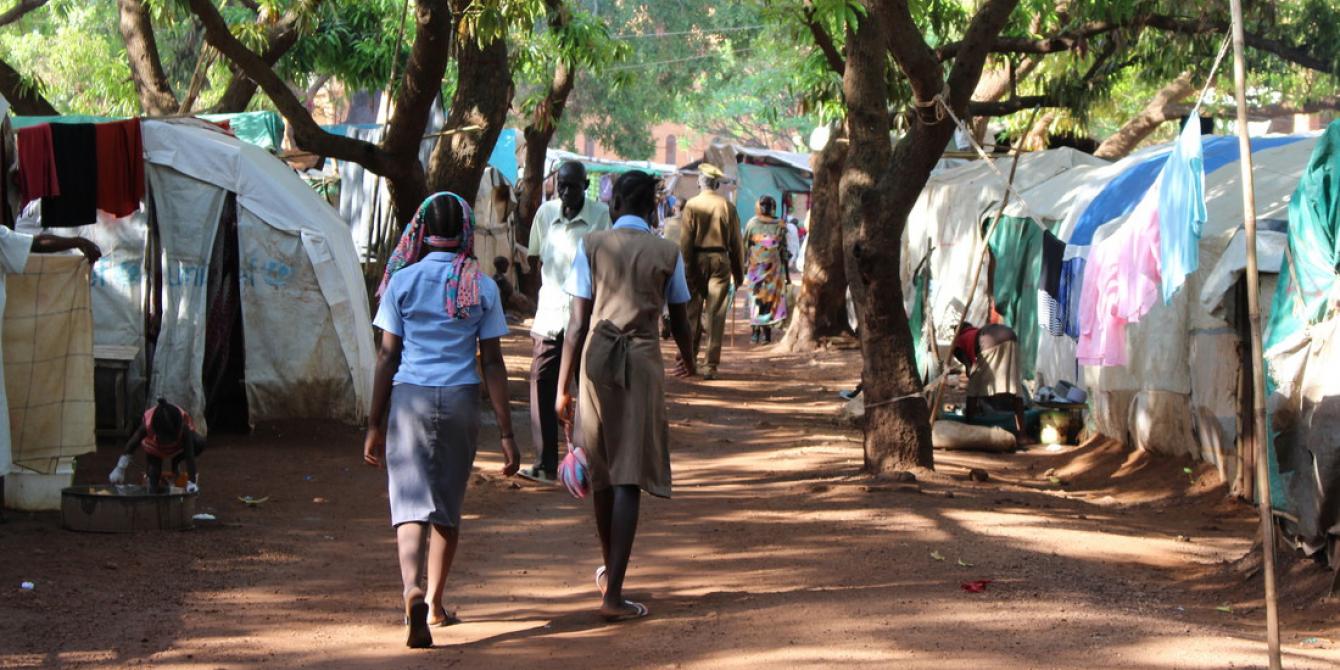 As South Sudan’s new peace agreement was being signed in Addis Ababa last Wednesday, I was in Wau, a town in the northwest of the country scarred by deadly violence over the past five years.

From June until last month, fighting outside of the town continued even as parties declared a permanent ceasefire in Khartoum and proceeded with peace talks.

The hope and optimism of the people I met have struck me. I have been struck by the enormity of the task that faces the unity government to win back the trust and confidence of the people, who feel let down by them, to rise above self-interest and take on the nation-building transformative agenda. In my view, this is where the job starts.

I met Salma (not her real name) in the Protection of Civilians camp — where nearly 20,000 internally displaced people (IDPs) live under the protection of United Nations peacekeepers.

She told me: “I will only believe in peace deals when I can finally go back home safely.”

Salma is not alone in her skepticism. There are more than four million other IDPs. Some have been forced to flee time and again as the conflict has slowed only to explode once more.

Many of them are still trapped in dreadful conditions, prevented from rebuilding their lives by persistent insecurity.

There is fear that this peace is only ink on paper, and only for a small clique of elites.

Though 16 representatives of civil society, women, and youth have participated in the peace talks over the past nine months, not enough has been done to involve the wider South Sudanese population inside and outside of the country.

For much of the talks, communities have not received enough information about what was happening in the process.

Going forward, South Sudan’s people must be more engaged if they are to trust that this agreement finally means lasting peace.

Now, more than ever, the parties to the conflict must show through action that they are ready to stop fighting to allow access to humanitarian agencies and for ceasefire monitors to do their work.

They must open up the peace deal to ordinary South Sudanese, who are leading the way in keeping the political elite in check.

Civil society demonstrates the resilience of the South Sudanese people and that, indeed, people from different ethnic groups can come together to make a difference.

The agreement itself gives specific roles to civil society, women and youth representatives in many of the bodies it forms — including opportunities to influence the content of their constitution and monitor how effectively their leaders are implementing the deal.

Their participation should give voice to the women who have endured horrific incidents of sexual violence; youth who — though often portrayed as instigators of conflict — have been robbed of their chance for an education and decent livelihoods; and the millions who have fled their homes.

The concerns and demands of these people must be heard.

The formal inclusion of civil society in the implementation of the agreement is an important achievement. But it will be meaningless unless they are free to speak openly about the situation in the country.

Since the start of the conflict in 2013, civic space has continued to shrink. While they continue to use their influence to shape peace in their communities, activists risk arrest.

Journalists face similar threats. While they play an important role in sharing information and representing a diversity of views on the peace process, they do this at the risk of being harassed, threatened, or worse.

Igad and South Sudan’s leaders must ensure that civil society, peace activists and the media have the freedom and power to shape the implementation of the deal, to represent their people by speaking out when there are concerns, and to criticize and be heard where the process falls short of expectations.

It is time the leaders not only listened to their people but also humbled themselves to include this formidable force in nation-building.

If South Sudan’s leaders succeed in helping to bring the country together for a people-driven peace, it will be an excellent example for the rest of the world.

We know that those bent on violence will be central to these talks but what is clear is that without help and guidance from civilians and the people — who are already building peace day in, day out — we will struggle to find lasting peace. Their hope must not be squandered.

People like Salma — the ones with the most to gain from peace, and the most to lose from war — must not just have their place at the table, but also be looked to for leadership.